HVAC Training 101 is reader-supported. When you buy through links on our site, we may earn an affiliate commission.

If you belong to a certain segment of the population, the Coway AP 1512hh looks a bit like a gigantic iPod Shuffle. It has a slim, streamlined body, measures 16.8 x 18.3 x 9.6 inches, and has a gorgeous black or white fascia embellished with a distinctive ring. But it’s not just pretty. This air purifier – nicknamed the Mighty – has brains and brawn to go with its beauty.

It’s manufactured by Coway, a Korean firm with three decades of experience. Their approach to the design of Coway Ap-1512hh is both curious and customer-facing.

For instance, they knew many consumers would have a hard time with technical troubleshooting, so Coway deliberately separated the device’s functional internals (giving them a one-year parts warranty) from the motor and electronic externals (three-year warranty). This leads to more efficient repair. 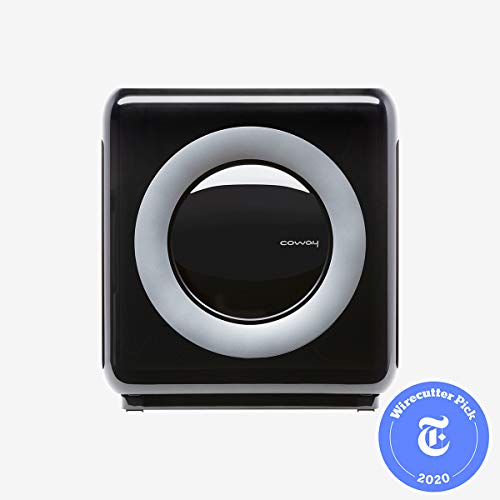 The Mighty is an award-winning purifier. In 2018, Wirecutter ranked it the best purifier of the year, while in 2016, TopTen Reviews gave it the same accolade. Let’s look at some of the (not-so) little things that put this purifier at the top.

The Mighty has three fan-speed settings, but it’s still a relatively quiet device. At its lowest setting, it only emits a 24.4dB whisper and at its loudest, it gives off 53.8dB.

The purifier comfortably serves a room of up to 360 square feet. It works fairly fast, with CADR of 233 for smoke, 240 for pollen, and 246 for dust. That’s on the higher side among its purifying peers. You’ll feel the difference within minutes.

While the fan has three speeds, it has five modes: Auto, 1, 2, 3, and Eco. You can set each speed manually, but you can also set it on auto and watch it cycle through on its own. The auto functionality works in conjunction with an indicator light. 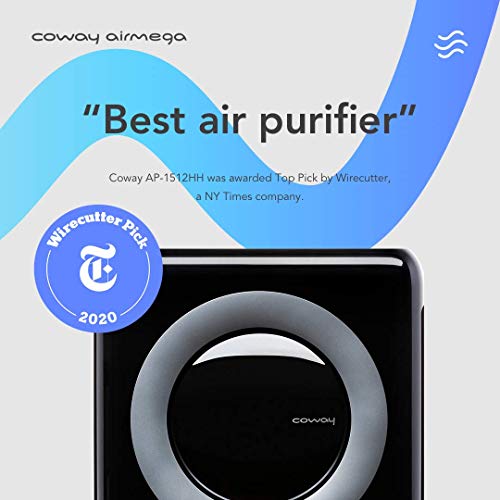 This glowing dot shows your room’s air quality. Blue is good, purple is average, red is bad. When the color changes and your purifier is on auto, it will – without your intervention – adjust the fan speed up or down until the light is blue again. Then, after half an hour of a consistent blue light, the fan will switch back to power-saving eco mode, lowering your utility bills.

This may not seem important, but when a gadget will be constantly on display in your home, you don’t want an eyesore. The Mighty comes in black or white, gracing any shelf you place it on. Its slim shape means it doesn’t take up too much space, and its sturdy base prevents tipping over.

The Mighty’s filtration process starts with a pre-filter for dust and hair. The pre-filter is washable. Next is an odor filter to get rid of particulate pet smells, smoke, cooking residue, and volatile organic compounds (VOCs) like benzene. Level three is a HEPA filter, eliminating 99.97% of allergens. The last step is the Vital Ion filter that ionizes dirt and weighs it down.

The Coway Ap-1512hh is pretty and it’s powerful, but what else can this gadget do?

Just looking at this sleek device, it seems like an energy drain. Quite the opposite – it consumes a maximum of 77W, and in eco mode, it can go as low as 4.9W. That’s not much more than your average light bulb and is a real boon to bills and utilities.

Auto mode is convenient, but you don’t necessarily need your air purifier to run indefinitely. For limited bursts, you can set the timer for an hour or four (or eight) before it shuts itself off. It’s a handy feature if you’re worried about inhaling excess ozone while you sleep.

You need a new HEPA filter every year and a new carbon filter twice a year. The pre-filter can be washed, dried, and repositioned as needed. Your filter replacement indicator guides you on the timing for all three, making maintenance less irksome. 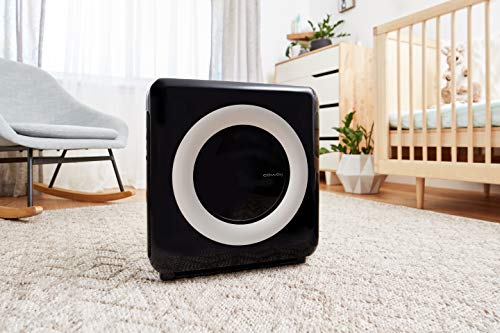 The indicator light is intended to constantly gauge air quality, but it can’t be turned off while the device is running. This can make it a handy night light for kids. It’s bright enough to be functional, but not so much that it’s a bother. And it can be helpful to peek into the kid’s (or pet’s) room and assess the air they’re breathing at a glance.

Between your four filtration levels, you can trap pet dander, pollen, spores, dust, smoke smells, dust mites, and germ flakes. These contaminants are sometimes unseen because they’re so tiny, but you’ll feel the difference when you take in a lungful of purified air (and find yourself sneezing and sniffling a lot less). The Mighty eases indoor stuffiness in minutes.

Ordinarily, plastic is associated with cheap, low-quality disposables. But the outer body of the Mighty is shiny and sturdy, with the glossy finish giving it an air of luxury. The push-button controls also elevate the device, though you do need to press firmly to draw any response.

Even the best product has downsides, so what are some of the Coway Ap-1512hh’s flaws?

The ionizer doesn’t release enough to be dangerous, according to Carb (California Air Resources Board) and EPA, it only produces 0.05ppm of ozone, but it does produce enough ozone that you can ‘smell’ it if you’re familiar with the ozone ‘scent’. Some users say they can still detect ozone while the ionizer is off, but these are probably people who work around O3. Meaning they’re habitually more primed to notice it, even when it stays within safe levels.

Purifiers often have a single button for everything, so the fact that Mighty has so many buttons is a bit of a surprise. It’s not a bad thing, but the extra buttons can be a bit much and take some getting used to, especially if you’re upgrading from a one-button device. 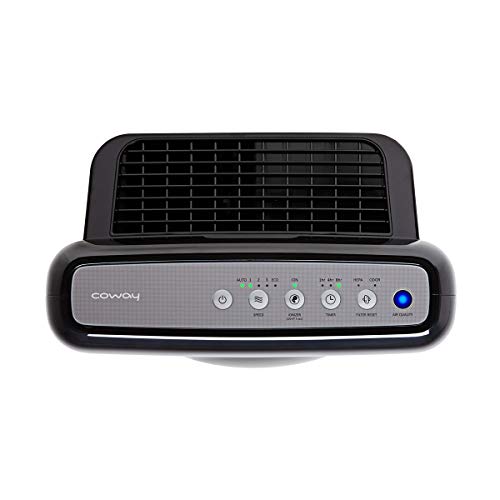 It looks really pretty, that gleaming silver ring. But it does make you want to turn it or spin it in some way (like an iPod) so it’s a bit disorienting that the metallic ring on the front has no active function. It’s still likely to draw the attention of curious little fingers though, so you may have to wipe it down a lot.

The Mighty is also more on the pricier side. Many times you get what you pay for, so consider it an investment with the right product.

The Coway Mighty provides 4-in-1 filtration, which isn’t a unique feature in itself. But with this purifier, maintenance is easier than other devices. Why? Well, there’s an indicator on three of the four filters, letting you know when they need attention. One of the filters – the outermost pre-filter – can be washed at home, so there’s no cost involved. Just rinse it out in clean water, pat dry as much visible moisture as you can, then let the pre-filter air dry.

If the pre-filter is especially dirty, you can soak it in white vinegar for about half an hour, then rinse it out completely to remove all traces of acetic acid. You can also vacuum the pre-filter, to remove surface dirt. Some users vacuum the activated carbon filter as well. Never wash it though, or you might damage it. Also, remember that the odorizer eliminates smells – both good and bad – so having it on could dilute your air freshener or diffuser.

The four-level-filtration is what makes this device the best purifier on the market. Its CADR rating is well over 200, while most purifiers hover around 100, meaning it’s one of the fastest purifiers available. It’s also the greenest because it uses minimal electricity, and in auto-mode, it shuts itself off after half an hour to save power. This is possibly its biggest advantage as its auto-shut is based on air quality. If the air is at maximum freshness for 30 minutes, then it shuts itself off.

Shoppers often worry that they have to pick style or substance. It’s rare that they can get both, but the Coway Mighty 1512hh pulls it off. It’s a gorgeous display item that works better than far less attractive purifiers. It has a futuristic look and feel, but it’s easy to operate and requires limited maintenance. Plus, it prompts you whenever it needs your action, ie; changing filters. You can use its timer to prep a room for use, stepping outside until the air is clean and safe.

This can be helpful for bedrooms or home offices. Turn the purifier on for half an hour (or even an hour) before you start work or head to bed. It covers a reasonable area of 360 square feet and is sleek, non-bulky, and remarkably beautiful for such a practical device.

So if you’re willing to pay the price, you can enjoy fresh air and fabulous style, all in one compact package. Just remember to keep all your warranties – they’re good for a year or three, T&Cs allowing.